The Minnesota Vikings signed defensive end Everson Griffen to a
four-year contract extension on Wednesday that will keep him with
the organization through the 2022 season.

The deal is worth $58 million and includes $34 million in
guarantees, according to NFL Network’s Ian Rapoport.

“Man, this means I’m a Vike for life,” the 29-year-old Griffen told
the team’s website. “I appreciate the coaching staff, the
ownership, the organization.” 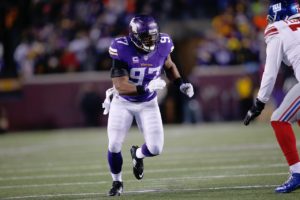 Since becoming a full-time starter in 2014, Griffen started all 47
games he appeared in and recorded the fifth-most sacks in the NFL
with 30.5 during that span. 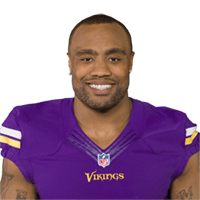 The 6-foot-3, 273-pound Griffen has been named to the Pro Bowl for
the past two seasons. He enters the 2017 season as the
second-longest tenured Viking behind fellow defensive end Brian
Robison, who joined the team in 2007.