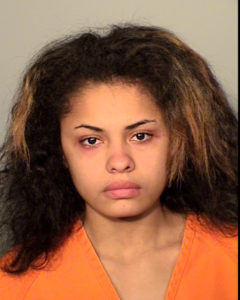 A 19-year-old St. Paul woman is charged with unintentional murder in the death of a five-month old baby she was watching while the baby’s mother was at work. Early Saturday morning, St. Paul police responded to a call of a child not breathing. Doctors at Children’s Hospital determined the baby, who was unresponsive, had suffered a severe brain injury with multiple areas of bleeding. The boy died the next day. Officials say the suspect, Tyanna Graham,  originally told authorities the baby had fallen off the couch, and later gave multiple inconsistent accounts of what happened. The Ramsey County Medical Examiner determined that traumatic head injuries from physical assault led to the boy’s death.