You are here: Home / Gophers / Tyler Johnson getting ready for NFL Draft (AUDIO)

(Minneapolis, MN) — Former University of Minnesota star wide receiver Tyler Johnson of Minneapolis is gearing up for this week’s N-F-L Draft. Johnson set nearly every career and single season receiving record for the Golden Gophers and capped off his career by helping Minnesota to an 11-2 record in his final season. After beating Auburn in the January 1st Outback Bowl in Tampa, the Gophers finished the season ranked number-ten in the country, their highest season-ending ranking since 1962. Johnson says he has been working out and preparing for the draft basically since that final game with the Gophers. He says he is not sure what round he will be picked in and his isn’t that worried about it. Johnson says he will be watching the draft on television and says he will trust God’s plan in which team chooses him. Johnson had a chance to bypass his senior season after last year and enter the draft a year ago, but says he is completely happy with how things turned out and glad he came back for a final year in maroon and gold. The N-F-L Draft will be done remotely, beginning on Thursday and continuing into Saturday. 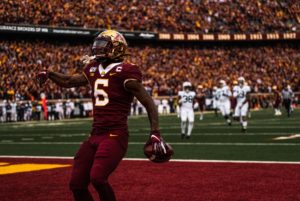 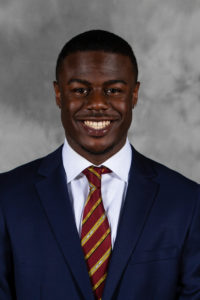