You are here: Home / Sports / 3M Open organizers say they can still put on a big time event (AUDIO)

(Blaine, MN) — Organizers of the P-G-A Tour event scheduled next month in the Twin Cities are disappointed they won’t be able to allow fans to come and watch the tournament in person, but they also believe the event still presents a chance to showcase the state of Minnesota, the Twin Cities, the T-P-C course in Blaine, and the chief sponsor 3M. The 3M Open is slated to run from July 23-26 at the T-P-C Twin Cities course in Blaine. Tournament director Mike Welch says once the pandemic hit they had six different scenarios under consideration, including the possibility that a limited number of fans would be allowed. But, he says, after consulting with state leaders, it became apparent if they wanted to host a tourney this year, it would have to be without spectators. Welch says the tourney will still put a spotlight on Minnesota and with a recent commitments from two of the top six players in the world in Brooks Koepka (KEP-kuh) and Dustin Johnson, it will be a marquee event. Welch says other top golfers could commit to the 3M Open right up until the week before it starts. Recent positive COVID-19 tests for P-G-A Tour caddies and a limited number of players has raised awareness of the importance of keeping a “bubble” to ensure safety and Welch says the tourney will do all it can to make sure health of players, caddies, staff, and volunteers is at the forefront. Welch says the purpose of the tournament is to help raise money for charities in Minnesota and this year the proceeds will benefit organizations impacted by both COVID-19 and the social unrest in the region. 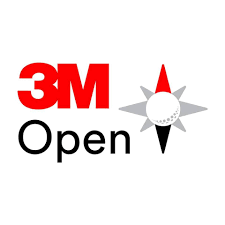 The Indianapolis Colts drafted Jonathan Taylor to complement their ground game. Now he’s the starter – and perhaps the finisher, too. On Sunday, the Colts are giving a 21-year-old rookie his chance to play a familiar part: workhorse back. ”Jonathan, I think has been in this mindset of he’s been a star and a starter […]

Adrian Heath says this is easily the most challenging season of his career. The coronavirus shutdown, the MLS is Back tournament in a bubble, and now a spate of injuries are testing Minnesota’s coach like never before. ”I think it’s the most difficult year I’ve ever had in football. And when you consider that I’ve […]

The Chicago Cubs will aim for their fifth win in a row when they host the Minnesota Twins to open a three-game series Friday night. Chicago (30-20) enters the series with a 5 1/2-game lead atop the National League Central. The Cubs are coming off back-to-back, walk-off wins against the Cleveland Indians, which followed consecutive […]