You are here: Home / News / 4-day celebration of Prince set for April at Paisley Park 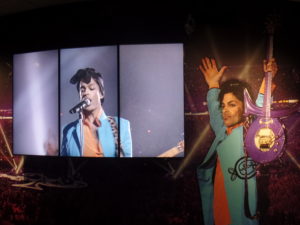 A four-day celebration of Prince’s life is set for next April at Paisley Park in Chanhassen–during the anniversary of the Minnesota music icon’s death. The so-called “Celebration 2017” will feature special guided tours of Paisley Park, performances by the Revolution, Morris Day and the Time, members of the New Power Generation and 3RDEYEGIRL, as well as panel discussions and other events yet to be announced. Organizers say the celebration is meant to carry on the spirit, achievements and legacy of Prince, who died of a drug overdose at Paisley Park on April 21st. Tours of Paisley Park began in October.