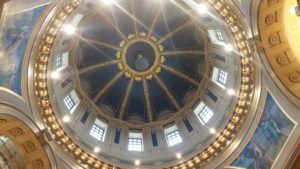 State lawmakers aren’t voting on it yet, but there’s stiff opposition to a bill that would allow bars statewide to stay open until 4 a-m year-round — not only on the 2018 Super Bowl weekend in the central Twin Cities. Rockville Republican Jeff Howe argues if it’s good public policy for Minneapolis and Saint Paul, it’s good for the rest of the state.  “And if it’s good for the weekend of the Super Bowl,” he says,  “it should be good public policy for the entire year.”  Brooklyn Center Democrat Debra Hilstrom responds Minneapolis and Saint Paul will likely ramp up D-W-I enforcement during Super Bowl 2018 plus have more shuttle service, but warns “those aren’t gonna happen statewide for every single event.”

State Patrol officials say staffing doesn’t allow them to put as many troopers on the road at 4 a-m as earlier in the night.  And Gina Calistro with Mothers Against Drunk Driving warns some bars would stay open until 4am while others would close earlier, meaning more bar-hopping.  Calistro says people will try to “find establishments with later closing hours for just one more drink, with the likelihood of impaired driving as a result.”