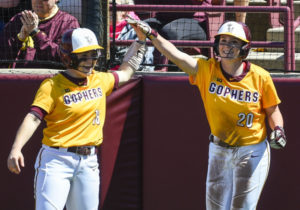 The fifth-ranked Golden Gopher softball team visits rival Wisconsin for a pair of Big Ten games this afternoon.   The Gophers are 38-3 on the season overall and 11-1 in the Big Ten.  The Badgers are 27-8 on the year and 6-6 in the league.   Today’s action begins at 1 P-M.

2. Minnesota is currently on a nine game winning streak with a win at Illinois, weekend sweeps over Indiana and Northwestern and two victories over South Dakota. They started the year with a 19-game win streak which is the longest in program history. They are outscoring opponents 297-71 on the season.

Groenewegen was also named a top-10 finalist for the Senior CLASS Award for her character and work on the field, in the classroom, and in the community. Don’t forget to vote for her daily by clicking here.

4. Sophomore shortstop Allie Arneson has been on a tear in B1G play. She is hitting a team leading .478 in conference play with three doubles, a triple and a home run. She has a slugging percentage of .826 and has also drawn nine walks with an on base percentage of .625 in 12 conference games.

5. The Gophers are ranked No. 11 or higher in the NCAA in eight statistical categories:

Gopher freshman Kendyl Lindaman of Ankeny, Iowa is having a phenomenal rookie campaign.  She sat down with MNN Sports Director Mike Grimm: 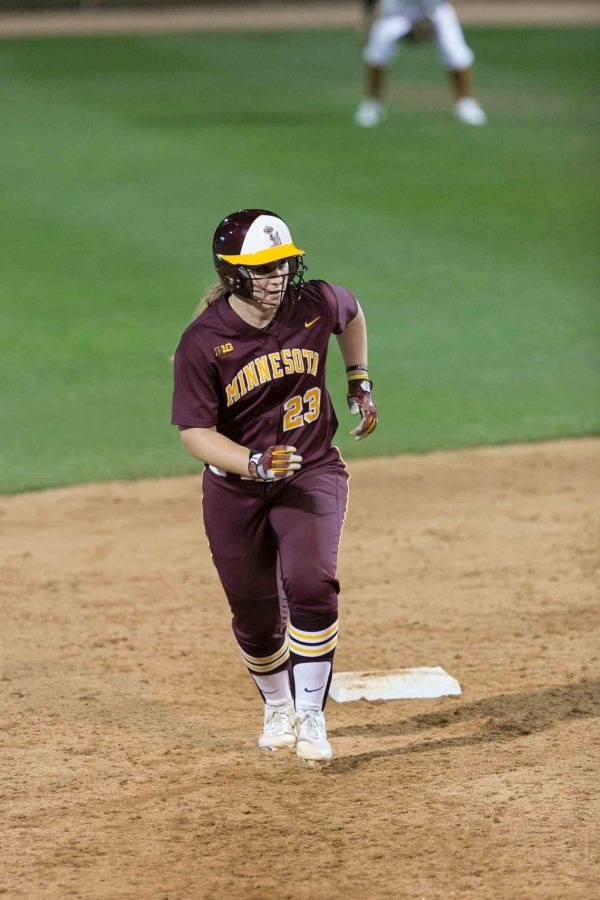