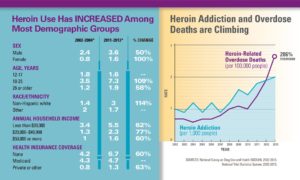 The Anoka County Sheriff’s Office is looking into a number of heroin overdoses that happened over the weekend.  On Saturday, at least six people overdosed on heroin. Two of them died. Sheriff’s officials say several of the survivors were saved by paramedics administering the heroin antidote, Narcan. The investigation into who supplied the heroin is underway. And if found officials plan to file third-degree-murder charges against them.  The overdoses occurred in Andover, Anoka, Fridley, Ham Lake, and Isanti.