You are here: Home / News / Bill would require legislative review of all sentencing guidelines changes 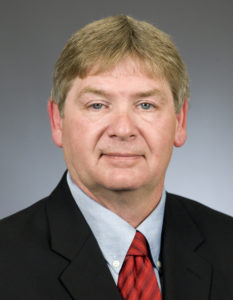 Any changes a special commission makes to guidelines for criminal sentencing would need the legislature’s approval — that under a bill moving forward in the Minnesota House. Sponsor, Cambridge Republican Brian Johnson says, “Generally their recommendations are gonna go through, but once in a while there’s some that we need to take a closer look at.”  Prompting the proposed law is last year’s fight at the legislature over the Sentencing Guidelines Commission’s plan to reduce sentences for some non-violent drug offenses. Under current law, changes proposed by the Commission take effect unless the legislature votes to reject them.

Woodbury Democrat JoAnn Ward wants a more comprehensive solution than just the legislature reviewing sentencing guidelines, “so that we are adequately funding the programs for rehabilitation,… so that we really do make changes in behavior and the outcomes.”  Johnson responds proposed reductions in sentences for some drug offenses would have pushed offenders out of settings where they can receive treatment.