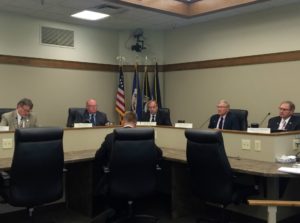 The Blue Earth County Board of Commissioners has declared a state of emergency in the aftermath of heavy rainfall that caused flooding, mudslides, and washed out roads.

County administrator Robert Meyer says, so far, there has been at least $317,000 in damage documented, and the declaration, “Brings in the Homeland Security/Emergency Management folks, to come in and assess the damages. That, then, could lead to some potential financial assistance from the state of Minnesota.” The required threshold to ask for state help is $114,000.

Meyer says the damage estimate is likely to keep climbing. “As of yesterday it was about $150,000, this morning it was over $300,000,” he explains, “So those numbers are preliminary at this point.”

The preliminary estimate doesn’t include the county’s largest community, or many others.   Meyer says, “We’ll be working with them to determine what the total damages are. We still want to hear from other communities. The City of Mankato is doing some assessment, so, those numbers are going to change and we need some time to sort through all those…when the water recedes, that’s part of the issue.” 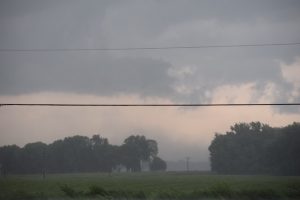 While the damage has been more significant in recent years, Meyer says there is still a lot to fix from the June 14th through 18th storms. “It really pales in comparison to a heavy flood we had a few years ago,” but he adds that it is, “A significant issue for, especially, our townships where they don’t have a lot of resources to work with so they have a lot of roads are washed out and they don’t have the resources to repair them.”

Some areas received more than six inches of rain.

Thanks to MNN affiliate KTOE, Mankato