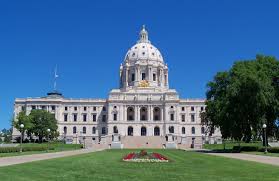 A bill regulating the use of body cameras worn by law enforcement passed in the state House last night by a vote of 95-33.

The bill would allow communities to openly discuss policies and have input on use of the wearable cameras. And body camera recordings would be classified as private, unless the filming was done in a public place, or if the incident involved an officer’s use of a weapon or other substantial force.

Lawmakers have to agree on a final version of the bill before the session’s end (May 23rd) for it to reach Governor Dayton’s desk.