You are here: Home / Sports / Bridgewater thanks everyone for support 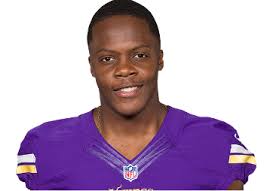 While Teddy Bridgewater is weighing options for surgery, the Minnesota Vikings are scrutinizing the possibilities for another quarterback.

Bridgewater visited team headquarters on Thursday, just two days after the freak non-contact injury to his left knee sent him to a hospital by ambulance and devastated a team that was counting on its beloved leader to help make a legitimate push for the Super Bowl.

About 20 players gathered around Bridgewater in the training room for encouragement, inspiration and even a few laughs.

”It was not only good for us,” coach Mike Zimmer said, ”but for Teddy as well.”

The initial diagnosis was a dislocation of the knee and a complete tear of the anterior cruciate ligament, plus other significant damage that the Vikings have not disclosed, and the likelihood of it occurring was pegged at less than 1 percent.

Bridgewater’s representatives and family members flew to Minnesota and joined him in a meeting with Vikings head athletic trainer Eric Sugarman and general manager Rick Spielman to delve into the details. Spielman said a decision about when and where to have the operation should be made before the weekend.

Given the timing and the severity of the injury, Bridgewater could have trouble returning to full strength for the 2017 season. Spielman declined to speculate the timetable for recovery until the surgery has been completed. The Vikings have said Bridgewater was fortunate to avoid damage to his arteries and nerves.

”The other thing he’s got going for him is Teddy is a young 23-year-old guy,” Spielman said. ”You’re not talking about a 34-year-old guy toward the end. So we expect a full recovery from Teddy.”

Spielman referenced running back Adrian Peterson’s swift recovery in roughly nine months from an ACL injury to start the 2012 opener.

”Hopefully we’re talking about Teddy the same way next year at this time,” he said.

Bridgewater delivered a hand-written statement to the Vikings, who distributed his thanks to the entire organization, praise for Sugarman and his staff and appreciation for the well wishes from fans.

”Your thoughts and prayers mean a lot to me and have helped me in this difficult time. There are great players and great leaders in our locker room who are going to fight to the end to reach the goals we set for 2016. I will be there mentally, physically and in spirit to support them accomplish those goals,” Bridgewater said.

”In order to have a testimony, you have to have a test. I come from amazing DNA. I watched my mom fight and win against breast cancer. We will, as a team, attack my rehab with the same vigor and energy. My faith is strong, my faith is unwavering and my vision is clear. My purpose will not be denied.”

The statement was shown on the video boards during the second quarter of Minnesota’s preseason game against the Rams. The crowd, with some of the patrons clutching get-well-soon signs, began to clap before hitting a crescendo with a roar.

Spielman and his lieutenants in the front office have had a hectic two days, scouring the list of free agents, studying film during marathon sessions and assessing candidates who could be cut on Saturday afternoon or otherwise available in a trade.

Essentially speaking to the rest of his peers around the NFL during an interview with reporters on Thursday night, Spielman said he’s already rejected several offers he considered to be ”crazy” by other teams assuming desperation with the Vikings.

”We’re not giving up any of these talented young players we have. I can tell you that right now,” Spielman said. ”We worked too hard, our coaches and our scouts, to build this thing and go out and draft guys and develop guys to just give them away for a guy to come in here and may only be here for seven months.”

No, he hasn’t called Peyton Manning. Spielman joked about speaking with Brett Favre, the newly minted member of the Pro Football Hall of Fame.

”I think the gold jacket put the seal on that one,” he said.

For now, 15-year veteran Shaun Hill will take over for Bridgewater.

”We have the utmost confidence in Shaun Hill,” Spielman said. ”The way he’s played this preseason, how he runs this offense.”