You are here: Home / Sports / Carew story is heart-warming 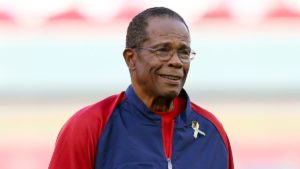 The news was revealed in an essay story titled “Heart of a Raven” on the team’s website,

Reuland died Dec. 12 at the age of 29 after suffering a brain aneurysm and his heart went to Carew, who was at the top of the donor list after dealing with life-threatening complications from a heart attack he initially sustained more than a year earlier.

Carew met Reuland’s mother three months after receiving the heart from Reuland, who played four games for the Ravens last season, starting in one.

Mary Reuland greeted Carew with a hug and said, “You’re part of our family now.”

“Forever,” Carew replied, according to the Ravens’ website. “I will take care of this one because I’ve been given a second chance, and God knows how I feel and what I’m going to do for him.”

Their story will make Friday’s “The CBS Evening News With Scott Pelley,” according to the Minneapolis Star Tribune. The three-minute segment is Carew’s first extensive TV interview since undergoing transplant surgery.

Carew, 71, suffered the major heart attack while playing golf in Corona, Calif., on Sept. 20, 2015. He underwent six hours of surgery and was close to death before stabilizing for a few days but then suffered heart failure on the left side of his heart. A suitable donor was identified and the procedure was performed at Cedars-Sinai Medical Center in Los Angeles. Carew also had a kidney transplant.

Carew started the Heart of 29 campaign — 29 was his jersey number during his standout career with the Minnesota Twins and Angels — to bring awareness to heart disease and help with prevention.

Carew, an 18-time All-Star, spent 12 seasons with the Twins and seven with the Angels during a career that ended in 1985. He won seven American League batting titles and was named AL MVP in 1977 when he batted .388 for the Twins.

Reuland also played two seasons with the New York Jets (2012-13), making 12 catches for 90 yards and no touchdowns. He spent two seasons at Notre Dame (2006-07) before transferring to Stanford, where he finished out his college career. He was undrafted in 2011.

Mary Reuland told the Ravens’ website that she still remembers the day almost 20 years ago that her son came home from school after meeting Carew.

Konrad, who was 11 at the time, couldn’t stop talking about it.

“‘You know I met Rod Carew!'” Mary recalls her son saying over and over again. “That’s how it was the whole rest of the day. It was really kind of cute.

“For him to meet a pro athlete at that age, it was like the best thing that could happen to him.”