You are here: Home / News / Carleton College political analyst weighs in on Biden’s decision not to run 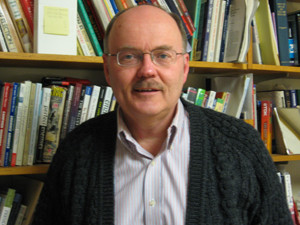 (Northfield, MN) —  Vice President Joe Biden’s announcement yesterday (Wed) puts Hillary Clinton on a “pretty smooth path” to the Democratic presidential nomination, says Carleton College political analyst Steven Schier (SHEER) — and he says the problem now for Republicans is “coming up with a single credible alternative to Donald Trump”.  Schier adds “I think Hillary would be very well-positioned against Donald Trump, given all the incendiary and provocative comments he’s made.”  He says a huge field of candidates has kept Republicans from coming up with an option other than Trump. Schier says the sooner they do it, the less likely he’ll be the nominee.