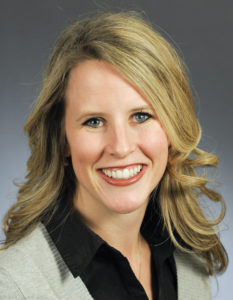 Republican state Representative Tara Mack says she’s “deeply troubled” about the Dayton administration’s decision *not* to challenge the unconditional release of 26-year-old Eric Terhaar from the state’s Sex Offender Treatment Program. Mack says when she was on the governor’s special commission examining that program, “conversations were always held in the context of, for the near future, releases would only be conditional releases, as this is obviously a very difficult tightrope to walk.”  That’s because a federal judge ruled the state’s Sex Offender Program unconstitutional, paving the way for release of some offenders put in the program after serving their prison sentences.

Human Services Commissioner Emily Johnson Piper says until now she opposed Terhaar’s release, but “had to weigh the risk that an unsuccessful appeal may set a precedent” that could make it more difficult to keep other high-risk sex offenders in the program.  Mack worries the administration *not* challenging Terhaar’s release could have the opposite effect.  She says it “potentially sets the other precedent, that other folks who are in this program who offended as juveniles will see this as an opportunity to petition [for] a release — and an unconditional release at that.”