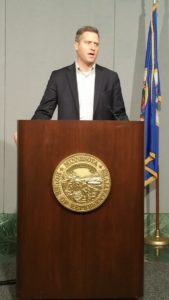 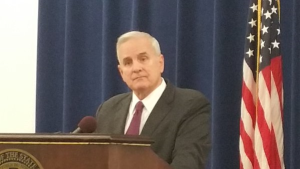 Sharp words from House Speaker Kurt Daudt leveled at Governor Dayton and his administrations as lawmakers work toward a solution to big health insurance hikes for some Minnesotans.

Daudt said today if he finds out that Dayton’s administration haven’t been “working 24/7, to find a solution to help these people get health insurance on January 1st,  I’m going to call for Dayton’s resignation, myself, personally. This is absolutely a dereliction of leadership.”

Daudt walked back from his comments a few minutes later, but added he’s “angry” at the administration’s lack of action. A Dayton spokesman says the governor “is not going to dignify [Daudt’s] temper tantrum with a response.”

Dayton has called on legislative leaders to cope up with an agreement by November 1st–the first day of MNsure open enrollment.