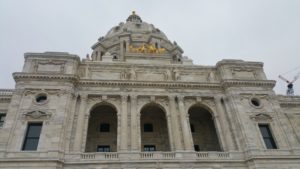 Governor Mark Dayton is leery of one centerpiece of Republicans’ push to reform health insurance in Minnesota. “Reinsurance” would have the state cover health care costs for seriously-ill Minnesotans, which backers say would keep everyone else’s health insurance premiums down. Dayton wants assurances from H-M-Os.  He asks, “Are they gonna stay in the [health insurance] market then as a result? Are they gonna lower their rates? Gonna keep ’em where they are? Are they gonna raise ’em for whatever percent and, if so, give us a ballpark. We need to know what we’re getting for this very significant commitment of public funds.”

Dayton says he hasn’t heard definitively from House or Senate leaders how they want to pay for it, noting it would be “prohibitively expensive” to use the state’s General Fund.  He adds the state doesn’t know how long that money would have to last, given uncertainty how Congress and the president will proceed with health care reform.  We could get more details when Republicans release their budget outline, possibly this week.