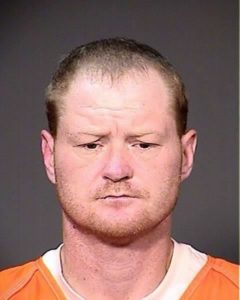 Officials say a 20-year-old Iron Range man accused of rape was decapitated by the woman’s boyfriend, who’s been charged with murder.

According to the criminal complaint, 35-year-old Joseph Thoresen ambushed and cut off the head of 20-year-old David Haiman from Hibbing with a machete last Tuesday or Wednesday after they smoked marijuana and methamphetamine together in Deer River. The incident occurred after Thoresen’s girlfriend said she had been raped by Haiman.

On Sunday, authorities found Haiman’s head and torso near where the decapitation occurred.