You are here: Home / News / DNR to close walleye season on Mille Lacs on Sept. 6th 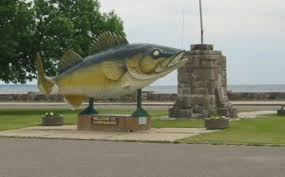 The catch and release walleye season at Lake Mille Lacs will end on September 6th.

The DNR announced it will close the season after local bands of Chippewa warned officials that quotas have been exceeded in recent weeks and further fishing could hurt the lake’s future again. Twin Pines Resort owner Linda Eno says something has to change. She says for “18 years we have been subject to what we would call the ‘Treaty management era’ and our economy has fluctuated up and down and has finally really hit rock bottom the last two years. Eno says “there are over 60 businesses gone around this lake, the fishing is fantastic this summer, probably the third best fishing in my 22 years here and it’s a ghost town.”

The following is a statement from Governor Mark Dayton on the closing of the season:

“Closing the walleye fishing season on Mille Lacs earlier this month would have devastated area businesses and communities. Thanks to the strong 2013 class of young walleye, we were able to keep the walleye season open on Mille Lacs without negatively impacting the health and future of the walleye fishery. “I thank the Chippewa bands for their commitment to restoring the health of Mille Lacs and its walleyes. After assessing their concerns and the decreased economic impact on local businesses after Labor Day, I have directed the DNR to close Mille Lacs’ catch-and-release walleye season on Tuesday, September 6, 2016. “Mille Lacs continues to have world-class northern pike, muskie, and small mouth bass fishing. I invite Minnesotans and out-of-state tourists to enjoy excellent fishing for those species in the fall.”