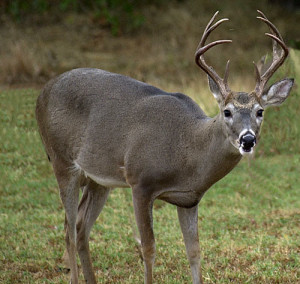 D-N-R officials say they’ll take steps to reduce the deer population as much as possible in southeastern Minnesota, after two deer infected with Chronic Wasting Disease were killed near Lanesboro during the first firearms season. The agency’s Lou Cornicelli says the goal is to reduce disease transmission.  He says, “The worst thing that can happen is if we allow this disease to become established, and then we’re gonna live with it in perpetuity.”

Cornicelli says there won’t be any immediate regulation changes in the muzzleloader season that starts soon, but there will probably be a special hunt and landowner deer permits in January. He says there will likely be a deer feeding ban in a large area of southeastern Minnesota. Cornicelli adds the deer population will likely rebound quickly if they can knock out Chronic Wasting Disease in that area.