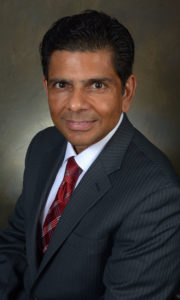 Vaidya steps in after the death last week of Earl Potter, who died in a car crash in the Twin Cities.  He’d been university president since 2007. Dr. Vaidya served as provost and vice president of academic affairs for SCSU since 2015.

Vaidya’s appointment is for a two-year term starting tomorrow (THU).