You are here: Home / News / Duck Opener is today in Minnesota 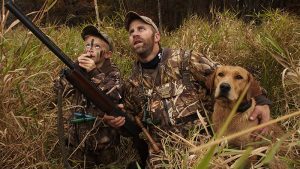 It’s expected about 50 thousand duck hunters will be out for this weekend’s opener, but the D-N-R’s Steve Cordts if you have something else going, there will probably be good opportunities later in the season also.  Cordts says, “We’re dealing with kind of early in the migration and, as the season progresses, we often will have good numbers of ducks build up, and pretty good hunting we expect throughout the year.”  The duck season in the north zone runs straight through to November 22nd. The central and south zones have breaks beginning October 3rd but run later in the year.