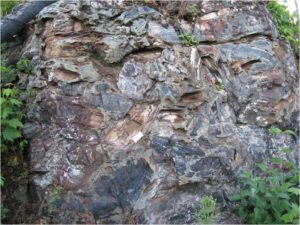 The U-S Forest Service has a public hearing Thursday evening in Duluth on its plan to withdraw 234 thousand acres in the Superior National Forest so leases on copper, nickel and other minerals owned by the federal government would no longer be available. Spokeswoman Kris Reichenbach says they’ve already received over 30-thousand comments from the public and know they won’t be able to accommodate all those who want to speak in Duluth.  She says, “We really want people to know, and really encourage people to also take advantage of the opportunity to comment either through e-mail or through the U-S Mail.” Info is on the Superior National Forest website.

The area is within the Vermilion and Rainy rivers’ headwaters, and Reichenbach says the plan will not affect existing mineral rights or private lands. She says they’re planning an additional meeting on the Iron Range. The public comment period will be extended through August 17th.

More in this interview with Reichenbach:

Here’s the full news release from the U-S Forest Service:

DULUTH, MN. March 13, 2017 – The U.S. Forest Service and Bureau of Land Management (BLM) invite public comment regarding the proposed 20-year withdrawal of federal minerals on the Superior National Forest within the Rainy River Watershed. Additionally, due to immense public interest and the complexity of the proposal, the Forest Service is developing a Federal Register Notice to extend the 90-day project scoping period for an additional 120 days to allow more time for public input and additional public meetings. Public comments received during project scoping will inform development of a draft environmental impact statement (EIS) to study the proposed mineral withdrawal.

Scoping for public comments began with publication of the Forest Service’s notice of intent (NOI) to prepare an EIS in the Federal Register January 13, 2017. Once finalized in the Federal Register, the additional 120-day extension for the scoping period will allow comments to be submitted until midnight CDT, August 17, 2017. Written comments may be submitted via U.S. Mail to the Superior National Forest, ATT: Minerals Withdrawal, 8901 Grand Ave. Place, Duluth, MN 55808. Comments may also be sent via email to: comments-eastern-superior@fs.fed.us or via fax to 218-626-4398.

The Forest Service and BLM will accept oral comments during a public meeting March 16, 2017, from 5:00 to 7:30 p.m. CDT at the Duluth Entertainment and Convention Center, 350 Harbor Drive, Duluth, MN 55802. Doors open at 4:30 p.m. An additional public meeting is also being planned for the Iron Range of northern Minnesota. The date and location for the second meeting will be publicly announced and published on the Superior National Forest website once finalized.

The proposed action is based on the January 5, 2017 Forest Service application to the BLM proposing mineral withdrawal of 234,328 acres of National Forest System lands for a 20-year term, from disposition under United States mineral and geothermal leasing laws. The proposed withdrawal area is adjacent to the Boundary Waters Canoe Area Wilderness and to the Mining Protection Area, and located within the Rainy River watershed on the Superior National Forest.

The Forest Service is the lead agency for development of the EIS analysis under the National Environmental Policy Act. The BLM will participate in the development as a cooperating agency. The EIS will provide information that the BLM is required to present to the Secretary of the Interior, who will make the final decision on the withdrawal proposal. If the withdrawal is approved, the EIS will also provide analysis supporting an amendment to the Superior National Forest Land and Resource Management Plan. A copy of the NOI, application, map of the proposed withdrawal, and guidance for commenting are posted on the Superior National Forest website at www.fs.usda.gov/superior.