You are here: Home / News / Eagan science teacher collapses and dies during race 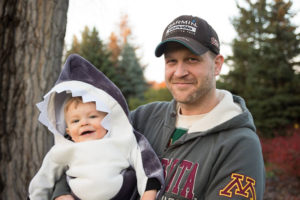 A celebration of life will be held Friday for an Eagan High School science teacher who died while running in Saturday’s Superior Trail Race near Lutsen. 41-year-old Jon Mathson collapsed on the trail between Moose Mountain and Mystery Mountain while running the race. The official cause of death has not been determined but friends say he appeared happy and healthy during the run. Mathson is survived by his wife, Becky, and two-year-old son, Dylan. A “Go Fund Me”  campaign has been set for Jon’s wife and son.