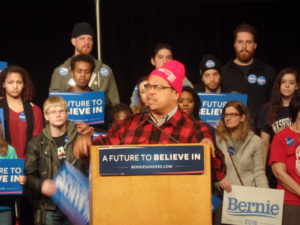 Minnesota Congressman Keith Ellison today announced that he is running to be the next head of the Democratic National Committee.

Ellison says after significant losses in Tuesday’s election that Democrats must “begin the rebuilding process now.” Ellison has received support from other high-profile Democrats including, Senators Bernie Sanders and Amy Klobuchar and Senate Minority Leader harry Reid who says “now is the time for new thinking …at the DNC. Now is the time for Keith.”

Ellison has served in the House since 2010 and is the first Muslim elected to Congress.