You are here: Home / News / Expert witness for state: Chauvin’s use of force “excessive”

Testimony of the state’s first paid expert witness continues today in the Derek Chauvin trial. L-A-P-D Sergeant Jody Stiger is a use-of-force review board member in LA. Stiger testified on Tuesday that after reviewing the evidence in the Chauvin case, he concluded that Chauvin’s use of force with George Floyd was “excessive.” Stiger said in a normal situation when police are dealing with someone who’s passed a counterfeit bill, as Floyd was accused of doing, you wouldn’t typically expect to use any type of force. Stiger went on to say “initially when Mr. Floyd was being placed in the back seat of the vehicle, he was actively resisting the officers, so at that point, the officers were justified in utilizing force to try to have him comply with their commands to have him sit in the back seat of the vehicle, however, once he was placed in the prone position on the ground, he slowly ceased his resistance and at that point the officers, ex-officers I should say, they should have slowed down or stopped their force as well.” Stiger will be first up on the stand again today for further questioning from the state and cross-examination from the defense. 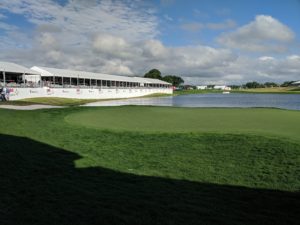