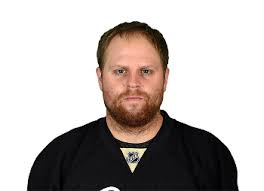 Former Golden Gopher hockey star Phil Kessel insists nothing has changed. Not his game. Not his attitude. Not the shape of his body or his commitment to winning.

Press all you want. Monkey with the wording of the questions. It doesn’t matter. The Pittsburgh Penguins forward, hardened by years of taking the brunt of the criticism for an underachieving franchise in Toronto, refuses to buy into the narrative that he has
somehow evolved while leading the Penguins to the cusp of winning the Stanley Cup.

”I just kind of play the same way I have for my whole career,” Kessel said Wednesday.

It’s everything else that’s different. The coach. The talent surrounding him. The pressure that’s no longer his to bear alone. Oh yeah, and the stakes are different, too. When Kessel’s No. 81 appears on the ice at Consol Energy Center on Thursday night to face the San Jose Sharks in Game 5 of the final, he’ll try his best to soak in – but not get lost in – a moment he was never quite sure would come during those challenging seasons with the Maple Leafs.

”It’s a big change from where I was at before,” Kessel said. ”Obviously it’s pretty special.”

Kessel has certainly done his part. He has 10 goals and 11 assists over the last seven weeks, including setting up a pair of scores in Pittsburgh’s 3-1 win in Game 4 that gave the Penguins a 3-1 lead in the best-of-seven series and provided the franchise an opportunity to win the Cup at home for the first time. The player who spent more than half a decade as a pariah in Toronto, usually for things far beyond his control, is a leading contender to win the Conn Smythe Trophy as the playoff’s most valuable player.

”We’re not here if it’s not for him,” Penguins reserve goaltender Jeff Zatkoff said. ”He’s (risen) to the occasion. It’s just something you’ve grown to expect from him now. These types of games, you know he’s going to deliver.”

And Zatkoff isn’t just talking about that wicked wrist shot like the one that tied the score in Game 5 of the opening round against the New York Rangers, the goal that steadied the Penguins on their way to a closeout win. There’s the passing like the tape-to-tape laser from his spot in the right circle to Evgeni Malkin’s stick at the side of the net in the second period of Game 4 on Monday night that gave Pittsburgh a 2-0 lead. There’s the conscientious backchecking and his interest level at both ends of the ice.

”I see a guy that’s working his butt off,” said ESPN analyst Barry Melrose. ”He’s competing a lot harder away from the puck than he ever has before.”

Penguins coach Mike Sullivan calls it ”playing the right way,” something he challenged Kessel and his high-profile teammates to do since taking over in mid-December.

”We’ve asked him to improve in certain areas of his game away from the puck, in the battle areas, and he’s embraced our message,” Sullivan said.

Much in the same way the dressing room – one where he can be just one of the guys – embraced him after Pittsburgh acquired the three-time All-Star from the Maple Leafs last July. Kessel is only too happy to quietly look for the exit whenever the media descends on Sidney Crosby’s nearby stall. He’d much prefer to let his play do the talking, something he can do here that he never could for the Maple Leafs.

”I mean for some reason lots of people don’t like Phil Kessel,” Penguins general manager Jim Rutherford said. ”He was only the best player Toronto had for (six) years, year in and year out and he got the blame for everything, which was terribly unfair.”

While Kessel is quick to brush off his chances of capturing the Conn Smythe, the Sharks would prefer to table the discussion for at least a few more days, if not entirely. No team has rallied from a 3-1 deficit to raise the Cup since the Maple Leafs did it in 1942. Yet San Jose is well aware that no lead is insurmountable. The Sharks were up 3-0 in the first round against Los Angeles two years ago only to drop four straight, a collapse it took a full season to get over.

”I think it’s closer than it feels and we’ve got to give ourselves an opportunity that if they stumble, we’re going to jump on it,” San Jose coach Peter DeBoer said.

Something the Sharks have been unable to do through four games. They have yet to lead at any point during regulation, their only victory a comeback 3-2 triumph in overtime in Game 3. They insist they’re a different team when playing from ahead, even if they’re decidedly out of practice against a Penguins team that has led for an astonishing 435:46 of game time.

The Sharks’ only stretch of extended dominance came in the second period of the Game 1. Pittsburgh’s edge hasn’t been significant, but it’s been enough. Yet the Penguins stress they’re not quite there, that the midseason renaissance that coincided with Sullivan’s arrival on Dec. 15 is not complete.

No Pittsburgh franchise has captured a championship within the city limits since Bill Mazeroski’s walkoff home run in Game 7 of the 1960 World Series. Kessel and the rest of the guys in black-and-gold are not getting ahead of themselves even as tickets prices on the secondary market soared into the thousands while police are girding for what’s sure to be a rowdy celebration.

”I’m just going out there playing, trying my best,” Kessel said. ”We still have a long way to go here. We need this one.”