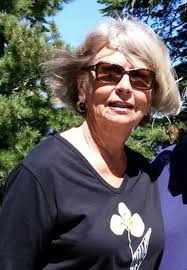 A woman who used to live in the Twin Cities was fatally shot in Florida during a police training exercise Tuesday.

Officials say 73-year-old Mary Knowlton was mistakenly struck by a live round during a role-playing “shoot/don’t shoot” exercise in Punta Gorda.

Police Chief Tom Lewis says he’s “devastated for everyone involved in this unimaginable event. If you pray, please pray for Mary’s family, and for the officers who were involved. Everyone involved in this accident is in a state of overwhelming shock and grief.” Knowlton had worked as a librarian at Parkview Elementary School in Rosemount and at other public schools in Apple Valley and Eagan.

She was originally from Austin, Minnesota and had lived in Prior Lake with her husband until their retirement move to Florida.

The shooting remains under investigation.