(Davenport, IA) — Future Golden Gopher basketball center Liam Robbins continues to take on-line college classes during this “stay-at-home” time at his Davenport, Iowa home. He is finishing up his semester at Drake University, where he was a second-team all-Missouri Valley Conference selection this past season. Robbins was also named to the five-player Missouri Valley Conference all-tournament team after leading Drake to the semifinals in St. Louis. The seven-foot sophomore will have two years of eligibility remaining and he hopes to be cleared to play this fall at Minnesota. Robbins averaged 14-points, seven-rebounds, and three-blocks per game last year as a sophomore for the Bulldogs. He is the nephew of current Golden Gopher assistant head coach Ed Conroy, also a native of Davenport. Conroy has been with the Gophers since 2016 after head coaching stints with Tulane and The Citadel. Robbins says he is excited about the challenge of playing Big Ten basketball and also excited to be around family members while doing it. He called the decision to leave Drake a hard one, saying he was thankful for his time in Des Moines, but also says it was “now or never” to get a chance to play in the Big Ten. Robbins says the Gopher coaching staff is hoping he can play right away and help fill the void of departed center Daniel Oturu, who entered the N-B-A Draft after two seasons with Minnesota. 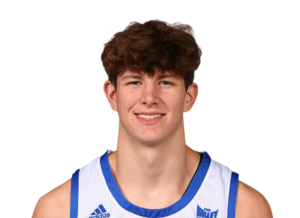