(Minneapolis, MN) — University of Minnesota women’s golfer Grace Curran says she is keeping her fingers crossed that there will be a season when the academic year resumes. She just completed her freshman season for the Golden Gophers, wrapping it up by taking on-line courses from her New Lenox, Illinois home. Curran says the Gophers have a young team which could rise in the Big Ten mix this fall and spring. She won last month’s Minnesota Golf Association Women’s Match Play Championship in Prior Lake, winning with a birdie on the first playoff hole. She has been working on her game this offseason, while in Illinois, specifically trying to be better mentally and with her short game. 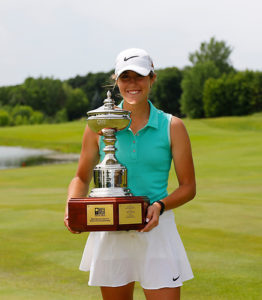