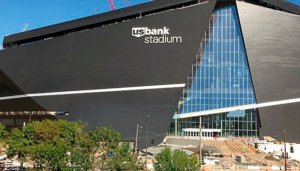 Republican lawmakers are proposing legislation that would prohibit family and friends of Minnesota Sports Facilities Authority officials from using government suites at the new Vikings stadium, even though the Authority recently implemented that same policy. At a marathon four-hour State Capitol hearing Tuesday afternoon, Vernon Center Senator Julie Rosen called it a breach of trust:

Republicans are also asking, why does the Sports Facilities Authority need both a chairman and an executive director? Senator Julie Rosen says:

Sports Facilities Authority Executive Director Ted Mondale responds his job is making sure contracts are complied with, while Chair Michele Kelm-Helgen focuses on external marketing of the new stadium: