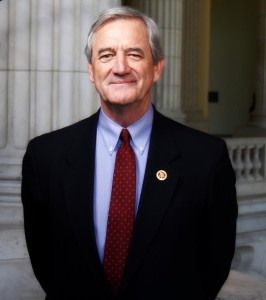 A major defeat for the Trump administration today, as Republican leaders in the U-S House pulled a bill that would replace Obamacare because it didn’t have enough votes to pass. Eighth District Democratic Congressman Rick Nolan says when you do things that aren’t carefully considered, these are the consequences.  Nolan says, “When the Affordable Care Act was passed, there were like a hundred hearings. This bill has not had one hearing.”  Nolan advises Republicans to work with Democrats to come up with bi-partisan fixes for things that aren’t working in health care.   There’s no reaction yet from Minnesota’s Republican lawmakers in the U-S House.

Republican Party of Minnesota Chairman Keith Downey says, “Three months from now, six months from now, we’ll look back and realize that it’s been a very aggressive timeline and a lot has been accomplished on a lot of different fronts, and if there’s a speed bump or two along the way on big pieces of legislation, that’s natural and normal.”  Downey says President Trump is standing strong for what he said he’d do during the campaign.

Hamline University political analyst David Schultz says this is a crisis in some ways for Donald Trump because repealing Obamacare was one of his signature promises during the campaign.  Schultz says, “Lacking government experience, I think Trump thought that it could be like a C-E-O in a company, that he could just order Congress around — and Congress is a 435-member herd of cats going in lots of different directions.”  Schultz says Republicans were trying to move very quickly on a complicated issue.