(Minneapolis, MN) — There are several incoming University of Minnesota men’s hockey players who could hear their names called during this week’s N-H-L Entry Draft in Montreal. The draft begins on Thursday with the first round, followed by rounds two through seven on Friday. Five incoming Golden Gophers are likely to hear their names called in Logan Cooley, Ryan Chesley, Luke Mittelstadt, Jimmy Snuggerud, and Connor Kurth. Fellow incoming freshmen Brody Lamb and Cal Thomas were drafted last year, so Minnesota is likely to have seven new players on this year’s roster who either have been or will be drafted. Motzko says once they get through this week, some of his players will be off to training for World Juniors and N-H-L development camp, while many others will remain on campus for training. He says this is a busy time of year even though it is the offseason. Motzko says he likes this group of players and says they have high character, which is important. 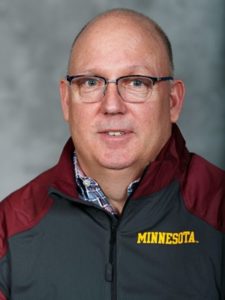