You are here: Home / Sports / Gopher LB coach in hospital 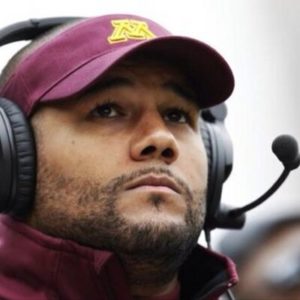 Minnesota linebackers coach Mike Sherels has been absent from fall practice for a health problem.

The university announced Wednesday that Sherels was admitted to an area hospital Tuesday for an unexpected surgery. The Gophers also said he underwent a medical procedure last week, prior to the start of fall practice. No details about his condition were disclosed. Coach Tracy Claeys issued a statement asking for privacy for Sherels and his family.

”Mike is Minnesota football,” Claeys said. ”There are few things that are more important to him than this university and this football program.”

Sherels was a graduate assistant in 2013 and took over the linebackers in 2014. He played that position for the Gophers from 2003-07, serving as a team captain in during his junior and senior years. He’s the only player in program history who arrived as a walk-on and assumed the captaincy for two seasons. The native of Rochester, Minnesota, earned his master’s degree from the university in 2014. His younger brother, Marcus Sherels, is a punt returner and cornerback in the NFL for the Minnesota Vikings.