(Huxley, IA) — University of Minnesota junior cross country and track and field runner Abby Kohut-Jackson is at her home in Huxley, Iowa, finishing the semester with on-line classes and staying in touch with her Golden Gopher teammates. The neuroscience and Spanish double major is hoping to eventually go to med school, but says this spring has been difficult knowing they should be in the heart of their outdoor track and field season. She says this past weekend was especially hard for her, as the Gophers were supposed to have visited the famed Drake Relays in Des Moines, just 25 miles from her hometown. That’s an event she has competed in since high school, where she was a standout runner for the Bombers of Huxley-Ballard. Kohut-Jackson says she has taken a leadership role while everyone is distance learning and has organized virtual meetings twice each week for her and her teammates to stay engaged and connected. She will be a team captain for the Golden Gophers next year. Minnesota was supposed to have been competing in a big meet at Stanford this coming weekend. 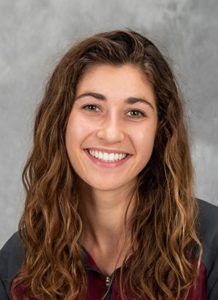