(Minneapolis, MN) — The Golden Gopher softball team is headed to Orlando, Florida today to open the season at a weekend tournament tomorrow. Minnesota will take on number-12 Georgia to open the season tomorrow at 3 P-M. The Gophers will play Central Florida at 5:30 P-M tomorrow. Two more games come on Saturday against Georgia and Longwood. And, the tourney wraps up with a game against Fresno State on Sunday. Gopher head coach Piper Ritter enters her second season at the helm and says she is eager to play a non-conference schedule after having only been able to play conference last year. Minnesota was 31-13 last season. 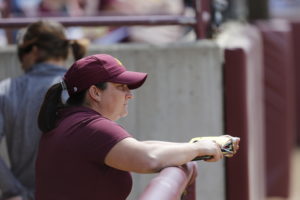