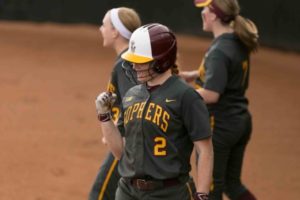 The No. 6/6 University of Minnesota Gophers head to Illinois for the second weekend of Big Ten play. This trip will conclude the eight week road trip to start the season for Minneosta.

The Gophers recently went 3-0 to open Big Ten play at Nebraska. They won on Friday 16-0, came from behind to win 5-4 on Saturday and completed the sweep with an 8-1 victory on Sunday. On Saturday they were down 4-2 in the seventh and were down to their final strike eight times but recorded a double, a walk and back-to-back singles – all with two outs – in the comeback victory. 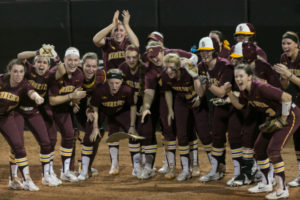 3. Groenewegen has been as dominant as ever in the circle this season. She is 13-1 with a 0.57 ERA and 115 strikeouts. She has now thrown over 1,000 career strikeouts and moved into second all-time in program history for most wins with 89 career victories. Sara Moulton has the most wins in Gophers history with 112 in her career.

4. Kendyl Lindaman and MaKenna Partain have combined for five out of seven possible Big Ten Freshman of the Week awards this season. Lindaman has won back-to-back weeks. She is hitting .398 with three doubles, a triple, a team leading eight home runs, 33 RBIs and has a team leading .747 slugging percentage. Partain leads the team with a .429 with six doubles, a triple, a home run and has scored 25 runs. 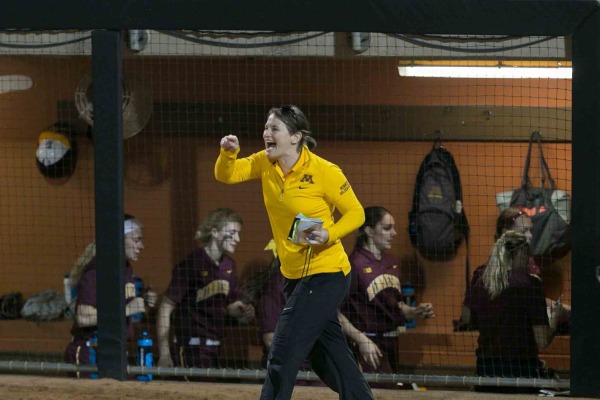