(Minneapolis, MN) — Golden Gopher wide receiver Seth Green of Woodbury has spent much of the past ten days trying to use his platform to educate and enlighten people on the struggles that African-Americans face. Green has taken part in some of the local protests in Minneapolis and has also used his social media platforms in hopes of helping create change. Green says he wants people to listen, learn, and understand some of the struggles that minorities deal with in daily life. He says the more that understanding swells across the state and across the country, the better things will be. Green grew up in Minnesota, spent some of his high school years in Texas, and says the George Floyd death hit him hard because the tragedy occurred about ten minutes from where he lives now as a University of Minnesota student. Green has been active in volunteer activities during his time with the Gophers, including visiting the on-campus children’s hospital on a regular basis. Green has scored 13 career rushing touchdowns and has thrown for another three TD’s as a part-time quarterback. He will be entering his redshirt senior season this coming fall. 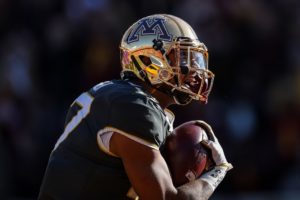 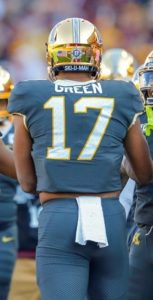 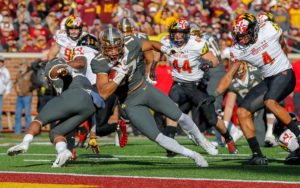