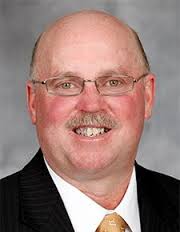 (Minneapolis, MN)  —  University of Minnesota head football coach Jerry Kill announced this (WED) morning that he is retiring from his position effective immediately due to health reasons. Kill is stepping away from college football with a career record of 156-102 and a 29-29 mark at Minnesota. Tracy Claeys, who previously held the title of Associate Head Coach and Defensive Coordinator, has been named Interim Head Coach. Claeys, who has worked with Kill for 21 years, served as Minnesota’s Acting Head Coach for seven games during the 2013 season when Kill took time to focus on his health. Minnesota was 4-3 when Claeys was the Acting Head Coach and posted wins against Northwestern, Nebraska, Indiana and Penn State.