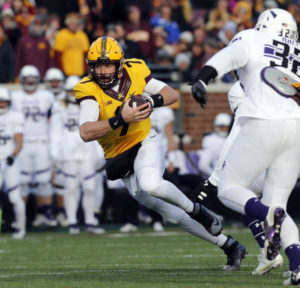 Minnesota’s defense delivered an overpowering performance and Mitch Leidner accounted for a pair of touchdowns, guiding the Gophers to a 29-12 victory over Northwestern on Saturday.

Leidner, playing at home for the final time, found Drew Wolitarsky from 9 yards out with 6:46 left and ran in a 12-yard score with 2:31 remaining to give the Gophers (8-3, 5-3) a cushion. The fifth-year senior, who was intercepted once, ended a five-game streak without a touchdown pass.

Austin Carr, the Big Ten’s leading receiver, had five catches for 68 yards for the Wildcats (5-6, 4-4) before leaving the field a bit woozy from a helmet-to-helmet hit by Minnesota safety Duke McGhee. The targeting penalty, the seventh time this season a Gophers player has received the automatic ejection, helped extend Northwestern’s first scoring drive that finished with a 4-yard touchdown run by Justin Jackson with 2:17 left in the third quarter that cut the lead to 15-6. Wildcats coach Pat Fitzgerald elected a 2-point conversion that was stopped. 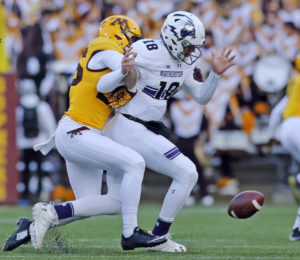 Northwestern: With the Thorson-to-Carr connection quiet even before the star pass-catcher departed the game, the Wildcats were uncharacteristically unproductive on offense until they entered catch-up mode late and padded their statistics.

Minnesota: Eliminated earlier in the day from Big Ten championship game contention, the Gophers can still tie for first place in the West Division by upsetting Wisconsin and having Iowa beat Nebraska. They reached the eight-win mark for the third time in four seasons, a feat not accomplished by the program since 1905.

Northwestern: Hosting in-state rival Illinois on Saturday, the Wildcats need a win for bowl eligibility. They’ve beaten the Illini in three of the last four meetings.

Minnesota: The Golden Gophers travel to Madison to face Wisconsin. Minnesota is seeking its first nine win season since 2003 and its first six win Big Ten season since 1973. 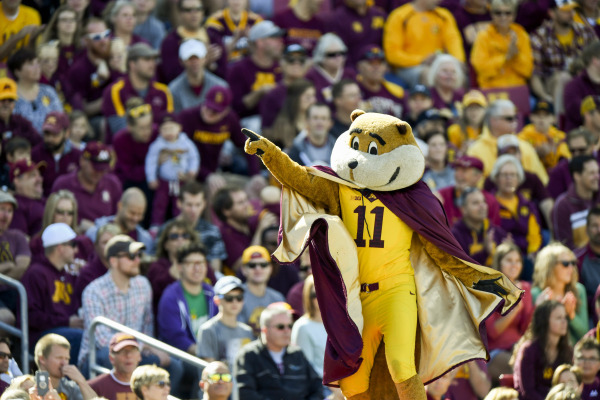