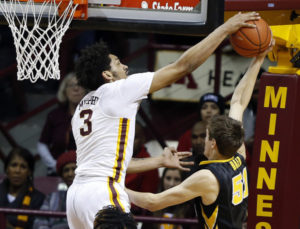 The Gophers were playing their fourth overtime game of the season and their third at home.  The win pushed their season mark to 17-7 overall and 5-6 in the Big Ten.   The Hawkeyes dipped to 14-11 overall and 6-6 in the league.   Minnesota halted a three-game Iowa winning streak with a season-high 14 blocked shots and a tireless effort down the stretch.

Peter Jok poured in 26 of his 28 points after halftime for Iowa, which used a 14-0 run at one point in the second half to rally to the lead.  Minnesota held a 14-point lead at one point of the second half. Isaiah Moss added 19 points for the visiting Hawkeyes.

Akeem Springs scored 17 points for Minnesota, which hit the 100-point mark for the first time since Dec. 27, 2014, against UNC Wilmington.  Mason hit a driving layup with nine seconds remaining to tie the game in regulation and send it to overtime.

The Gophers scored the first five points of overtime then were outscored 7-2 by Iowa and the game went to a second extra session.  Minnesota took control of the second OT and never looked back. 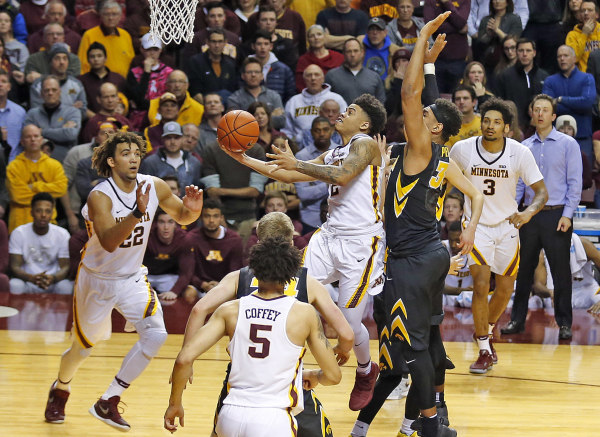