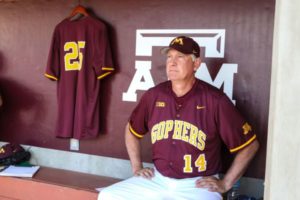 Minneapolis, Minn. – The reigning Big Ten regular season champions will make their U.S. Bank Stadium debut tonight when they host the Seattle University Redhawks at 6:30 p.m. The three-game series will be the first 2017 home games for the Gophers after splitting two games versus UC Irvine last weekend. The first game of the series was cancelled due to unfavorable weather conditions. This series marks the earliest home games for the Maroon and Gold since the 2013 season, the last year of play in the Hubert Humphrey Metrodome.

The Gophers will be receiving their Big Ten regular season championship rings on the field before Friday’s game.Minnesota won their first game against the Anteaters 9-8 then fell in the second game 7-5. Junior second baseman Luke Pettersen leads the team with a .889 batting average after going 8-9 in the first series. Micah Coffey boasts a .500 batting average (5-10) with four RBIs, two doubles and one triple. Jordan Smith has a .400 batting average (4-10) and Toby Hanson is batting .300 (3-10) while Alex Boxwell has scored three runs and drove in two runs.

About Seattle University
The Redhawks split a four-game series with Southern Illinois University Edwardsville this past weekend to start the season. Seattle has four players with a .400 batting average or better while Sean Sutton picked up nine walks in nine at-bats. Aaron Stroosma already has seven RBIs and he is 5-5 in stolen bases.

Series History
Minnesota and Seattle University met for the first time last year where they played a four-game series in Lynnwood, Wash. The Redhawks won the first three games before the Gophers took the final game with a 12-2 victory.

U.S. Bank Stadium Estimated Field Dimensions
• Right Field Line – 305 feet
• Right Center – 350 feet
• Center Field – 400 feet
• Left Center – 375 feet
• Left Field Line – 330 feet
• The height of the baggie in right field is 26 feet above the eight foot wall for a total height of 34 feet.
• The whole field will be turf except the throwing lane on the pitching mound which will be clay.

For more information on ticketing, seating and parking you check out our U.S. Bank Stadium information page. 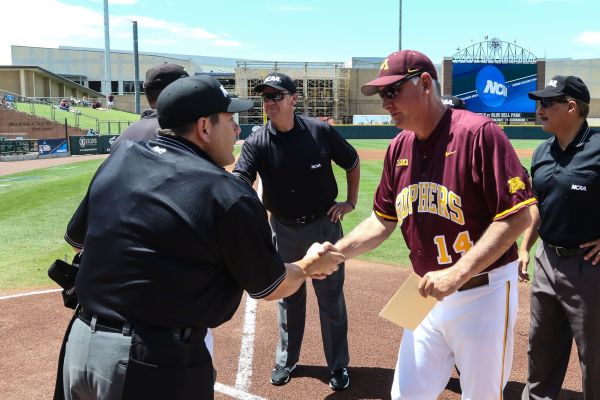