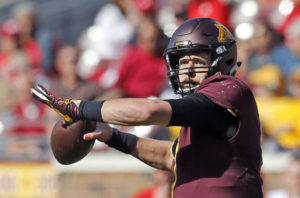 The University of Minnesota football team is the homecoming opponent on Saturday at the University of Illinois.  The Golden Gophers are 5-and-2 on the season, while the Fighting Illini are 2-and-5.

Golden Gopher Mitch Leidner of Lakeville is fully healed from the concussion he suffered in the loss to Iowa and returned to action last week in the win over Rutgers.  Leidner has played in 41 career games (24-17 record) and started 35 (streak of 27 straight starts ended when he missed the Maryland game with an injury). He’s 20-15 as a starter and has rushed 1,310 career yards (third in school history for a QB) and 27 career touchdowns (most in school history for a QB, fifth for any player) and has passed for 6,280 yards (fifth most in school history) and 33 touchdowns (tied for sixth in school history). He ranks fifth all-time in school history incompletion percentage (56.7), fourth in completions (504) and fourth in attempts (889). Leidner is one of only two Minnesota quarterbacks to pass and rush for 20 career touchdowns (Rickey Foggie rushed for 24 and passed for 33 from 1984-87).

Leidner sat down with MNN Sports Director Mike Grimm this week to talk about the time he missed and about the game ahead: 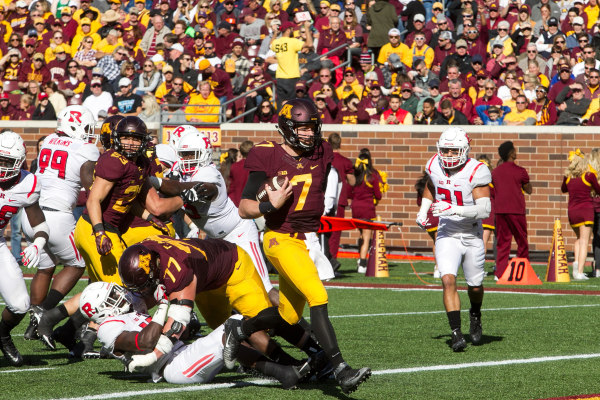