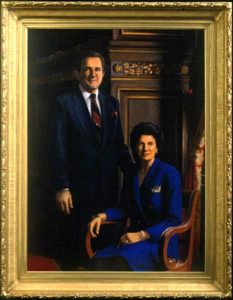 Governor Mark Dayton is on a three-day official visit to Croatia and says people in that eastern European nation remember former Governor Rudy Perpich, who was of Croatian descent.  Dayton says, “Several of ’em said they had met with him back in the early 1990s, I guess after he left office…. and a couple of ’em said they have pictures, autographed pictures of him, which sounds just like Rudy.”  Perpich, whom Newsweek magazine dubbed “Governor Goofy,” died in 1995. Dayton says Perpich’s legacy continues, noting Minnesota has a significant Croatian population, particularly on the Iron Range.