You are here: Home / News / Heinrich sentenced to 20 years in prison 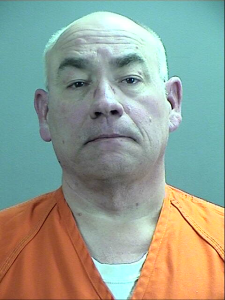 The man who abducted, abused and killed Jacob Wetterling was sentenced to 20 years in prison today in Minneapolis.

Patty Wetterling addressed her son’s killer in court today and through tears said that her heart hurts from missing her son’s “smile, laughter and zest for life.” After Heinrich’s sentencing, Wetterling attorney Doug Kelley spoke briefly on the family’s behalf…


Patty Wetterling says she hopes after today “we can leave the anger behind and take with us all the good Jacob stands for.”

Another of Heinrich’s victims, Jared Scheierl from Cold Spring–who was 12 when he was abducted and abused by Heinrich–said after the sentencing “it’s a traumatic event that defines your life in a lot of ways and we can all learn from the lessons that we heard today from the Wetterling family and the excellent words that they’ve shared with all of us as well.”

Scheierl gave an impact statement during the sentencing and said he’s been “waiting for a long time and thought this day would never come.”