You are here: Home / News / Horror film gets its first showing in Fergus Falls today 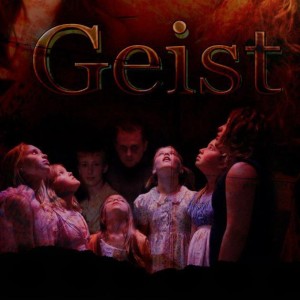 (Fergus Falls, MN) —  A horror film gets its first showing today in Fergus Falls, where it was filmed. The independent film was shot on location in 2013 at Kirkbride, the 109 year old complex at the former regional treatment center in Fergus Falls. Danny Lopez, one of the stars, plays a caretaker of the abandoned asylum. His character encounters spirits of children who were victims of a serial killer called “The Butcher.” Lopez says the creepy location even got to him.   Lopez says he is proud of the movie and gives high marks to area people who had parts in the film, including actors from Fargo, Minneapolis, Fergus Falls, and drama students from Lidgerwood, ND.  He says “Geist” should have a limited release this December and a nationwide release next spring.