You are here: Home / News / Hundreds of fire chiefs in St. Cloud for professional training 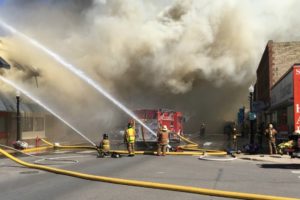 Fire chiefs from across Minnesota are meeting in Saint Cloud through tomorrow, attending professional development sessions about emergency medical response, issues facing fire chiefs and other topics. Dale Specken with the State Fire Chiefs Association says they’re also trading notes on significant fires that happened around the state over the past year, including Melrose, Madelia and the Callaway train crash.  Specken says firefighters have so many different situations to deal with on a daily basis that ongoing training is important.