You are here: Home / Sports / KG may not be back with Timberwolves 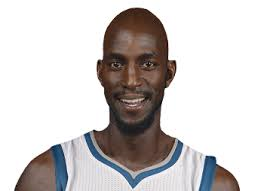 Kevin Garnett has watched two of his few contemporaries that were remaining in the NBA walk out the door.

Less than a week before the Minnesota Timberwolves open training camp, they still have not heard explicitly if the franchise icon wants to follow Tim Duncan and Kobe Bryant into retirement.

No matter what Garnett chooses to do, it is becoming increasingly clear that the franchise that drafted him way back in 1995, and the one that he hoped to take over himself one day, is preparing for life without him.

As the Timberwolves have waited for Garnett to make his plans known, they have started discussing several scenarios of moving forward without the 40-year-old alpha wolf, a person with knowledge of the situation told The Associated Press. Those scenarios include a buyout of the final year of Garnett’s contract and/or his retirement after 21 seasons in the league. The person spoke on condition of anonymity because no agreements have been reached.

This is not how it was supposed to go when Garnett returned to the Timberwolves in a trade with Brooklyn in 2015. Flip Saunders had helped mend the fences that were broken after Garnett’s first exit from Minnesota in 2007, and the coach and the legend talked about Garnett’s desires to one day get into ownership with the Wolves.

Then Saunders tragically passed away after a brief battle with Hodgkin’s lymphoma just before last season started, and the reeling organization had to shift gears. Owner Glen Taylor brought in new leadership in Tom Thibodeau and Scott Layden, and a new vision was born out of sheer necessity.

Saunders, who was both coach and president of the Wolves, signed Garnett to a two-year, $16.5 million contract last summer. The coach’s plan was to have Garnett’s passion and work ethic serve as an example for one of the most promising young rosters in the league. KG could reach Karl-Anthony Towns, Andrew Wiggins, Zach LaVine and Gorgui Dieng on a different and more personal level that the coaches ever could.

The plan worked, for the most part. Garnett bonded with the youngsters and was buoyed by their enthusiasm. And the pups soaked up his knowledge and gravitated to his charismatic personality, accentuated by a hilariously foul mouth and a penetrating stare that made them feel both respected and valued. The scene played over and over last season, practice coming to an end and Garnett pulling one or two of the youngsters aside to offer counsel on defending the pick-and-roll, communicating on the court or using their feet to avoid being whistled for traveling.

Towns won rookie of the year and was seen wearing a throwback KG jersey in several public appearances this summer. Dieng benefited from a trick Garnett showed him that helped him cut down on the times he was called for traveling.

But most of Garnett’s best work with the team came in practices and on the team planes and buses, where he would hold court and impart wisdom. His balky knee held him to 38 games last season and only five after he made his emotional return to Minnesota in that trade deadline deal in 2015.

When Saunders died, Garnett lost his biggest champion in the organization, and perhaps the salesman who could help him assemble a group to buy the Timberwolves from Taylor.

League rules prevented Garnett and Taylor from discussing an ownership stake until KG retired. And with Saunders gone, Taylor was forced to look elsewhere for buyers. He negotiated with a group led by Memphis Grizzlies minority owner Steve Kaplan, but those talks stalled. So Taylor added two minority owners this summer to strengthen his financial position.

It became increasingly clear that if Garnett wanted to buy in to the Timberwolves, he would have to take percentage so small that he would not have the influence and power that he initially envisioned. Garnett’s competitive spirit and relative aversion to public appearances and interviews meant a role as a basketball ambassador similar to the one Grant Hill has taken on as a minority owner with Atlanta did not seem realistic.

When Taylor decided to fire coach Sam Mitchell, a longtime Garnett confidante, and hire Thibodeau and Layden to set the franchise on a new course, it was clear that KG did not have the power within the organization that he did as an MVP winner who led the Wolves to the Western Conference finals in 2004.

Garnett is due $8 million this season. The Wolves also have Nikola Pekovic, a hulking center with chronic foot problem that have led the team to conclude he will be of little help on the court. Using two roster spots on big men who can’t be counted on to play consistent minutes could be challenging, especially on a team that is trying to end an unfathomable 12-year playoff drought.

The Timberwolves open training camp on Tuesday, and they still have not heard from Garnett despite repeated attempts to reach him.

The silence may tell them all they need to know.