You are here: Home / News / Kirk Cousins In Position To Lead Vikes to Playoffs

The Minnesota Vikings have reached the final week
of the regular season with a spot in the playoffs still unsecured
and a surging division rival boasting one of the NFL’s best
defenses on the schedule. 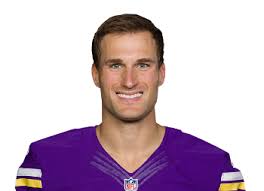 This is the type of game, then, for Kirk Cousins to make good on
that $84 million in guaranteed money. The NFC North champion
Chicago Bears will pose a stiff challenge, as the Vikings are well
aware from their previous matchup last month.

”There will always be excitement, nerves, anxiety, butterflies,
whatever you want to call it. That will always be there. This
matters to me,” Cousins said when asked about his ability to
manage his emotions in high-stakes games. ”I joke with people that
when the math teacher junior year of high school said, `Hey, we’ve
got a pop quiz,’ you start to feel the butterflies. Because you
want to do well. It matters to you. Frankly, I think when I have
butterflies, I play a little better because it heightens your
awareness and your attention to detail and your sense of urgency.”

With Khalil Mack bringing a relentless pass rush from the edge,
Akiem Hicks blowing up running plays in the middle, and Kyle Fuller
leading the clampdown in the secondary, the Bears made the first
three quarters of that game on Nov. 18 miserable for Cousins and
the offense . The Vikings had only 77 total yards in the first
half, lost a fumble and didn’t score until the last play of the
third quarter. Cousins took two 8-yard sacks and threw two
interceptions, one returned for a touchdown.

The Vikings rallied late in the 25-20 loss

”This is not a defense that we’re going against that teams are
putting 50 points up against, or having 500 yards of offense, and
that may not be the game that’s required to win,” Cousins said.
”If our defense and special teams play really well, who knows?
Offensively, if we don’t have the most dynamic day but we come out
with a win, then that’s what we do.”

The Bears (11-4) are assured of at least the No. 3 seed, with the
chance to move up and get a first-round bye with a victory over the
Vikings (8-6-1) and a loss by the Los Angeles Rams at home to the
San Francisco 49ers. With a win, the Vikings will return to the
playoffs and set up a likely rematch with the Bears next week in
the wild-card round. If they lose, they would need the Philadelphia
Eagles to lose at Washington to keep their postseason spot.

”We’ve got a lot of guys who have a lot of pride and character, so
I think they’ll be ready for the challenge,” coach Mike Zimmer
said, ”and it will be a great challenge. We’ll obviously need the
home fans there and nice and loud for us, but I feel good about
it.”

Cousins has had his share of shaky performances in his first year
in Minnesota, where he’s signed through 2020. The Bears prompted
one of those, but he bounced back the following week to beat the
Packers with one of his best games of the season. That’s the kind
of resilience Cousins has relied on throughout his career and that
the Vikings have exhibited in five years under Zimmer.

”It’s not just necessarily with the quarterback,” Zimmer said.
”It’s with your whole football team, that you have that kind of
mentality that we’re going to fight through this little bit of
struggle that we’re having right now and get back to work and good
things are going to happen if we keep fighting.”