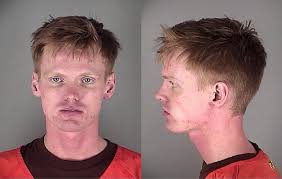 A 25-year-old Lakeville man has been charged in the assault of a female Edina police officer.

Officials say Samuel Ronnenberg was pulled over by the officer on June 19th and failed a field sobriety test. After he was placed in the back of the squad car, Ronnenberg is accused of getting out of his handcuffs, grabbing the officer’s hair and hitting her multiple times before fleeing on foot. The officer suffered a black eye, injuries to the back of her head and ear and required staples and stitches.